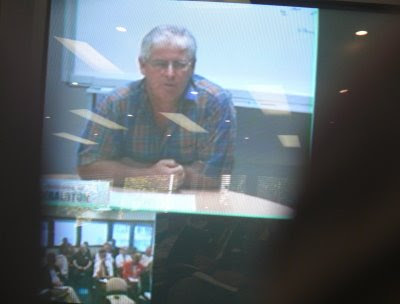 Tim Wiley did not take a backward step when his research methodology came under attack from several scientists at the Cattle Council's Forum on Australian Beef Industry Policies relating to Climate Change. There were questions about including root matter in the carbon calculation, which Tim referred the audience to IPCC Guidelines (which few appeared to have read). Tim was beamed into the meeting in North Sydney from WA where he says his findings have created 'controversy' among colleagues. Ken Bellamy also proved to be one of the few who have read the revised CPRS white paper to discover the"Removal Unit". Tony Lovell brought a sense of sanity to proceedings by several injections of basic logic into the highly charged emotional atmosphere. The event was significant because it shows that the beef industry is willing to face the issue. 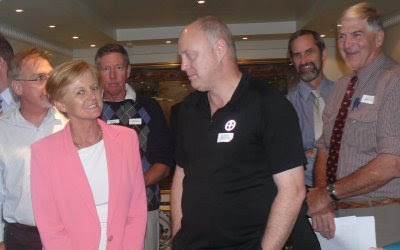