Offset projects established under the Carbon Farming Initiative will need to apply methodologies approved by the Government. These will contain the detailed rules for implementing and monitoring specific abatement activities and generating carbon credits under the scheme.

Methodologies can be developed and proposed by private project proponents, as well as government agencies.

The Australian Government is working with industry and other stakeholders, state government officials and technical experts to develop offset methodologies that have broad application. These methodologies are expected to be approved and rolled out progressively from April 2011.

An independent expert committee, the Domestic Offsets Integrity Committee, has been established to assess offset methodologies proposed under the scheme and provide recommendations to the Minister for Climate Change and Energy Efficiency on their approval. The committee will ensure that methodologies are rigorous and lead to real abatement.

Once approved, Carbon Farming Initiative methodologies will be published on this website.

Submitting a methodology for assessment

The proposed process for assessing Carbon Farming Initiative methodologies is outlined in the consultation paper and draft methodology submission guidelines.

Interested stakeholders are invited to provide feedback on the assessment process and guidelines as part of their submission on the Carbon Farming Initiative design by 21 January 2011, or separately by email to CFI@climatechange.gov.au.

The Department of Climate Change and Energy Efficiency and the Department of Agriculture, Fisheries and Forestry are working with industry to develop offset methodologies that have broad application.

This work is being progressed through a number of methodology work streams, including:

Technical working groups comprising representatives of expert and practitioner groups are being established by the departments to review current scientific knowledge, determine any requirements for additional research and finalise methodologies under each work stream.

For further information on the working groups contact CFI@climatechange.gov.au

Posted by Michael Kiely at 12:15 PM No comments: 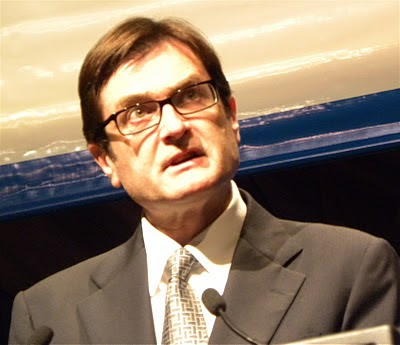 Posted by Michael Kiely at 11:50 AM No comments:

Spotlight on a scientific approach to making a market

Scientific authorities believe that, despite the Carbon Farming Initiative becoming law, soil carbon offsets will be delayed while Science finds solutions to the major issues Additionality, Permanence, and Measurement and Verification. This is likely to mean delays.. but for how long? In September 2010, in its official publication ECOS, the CSIRO reported, “There’s a virtual consensus among soil scientists that Australian farmers shouldn’t need any extra incentives to increase their levels of soil carbon.”

“… market-based C-trading schemes involving pastures, [will be] exposed to the risks of complicated, ill-conceived, ill-understood, poorly regulated financial instruments and arrangements that are replete with opportunity for fraudulent scams and inappropriate diversion of community wealth to the personal fortunes of scheme managers and traders, while not delivering the scheme objectives, reminiscent of those involved in the Global Financial Crisis of 2007-2009.”

“So, for soil carbon, we need the best available tested science to avoid the situation where our children have to pay off a debt in the future, because we overstated the carbon benefit today,” says Dr Michael Battaglia, Theme Leader, Sustainable Agriculture Flagship, CSIRO. (“Putting the science into carbon offsets”, CSIRO advertorial, The Land 2 December, 2010)

Posted by Michael Kiely at 10:16 AM No comments:

In praise of scientists 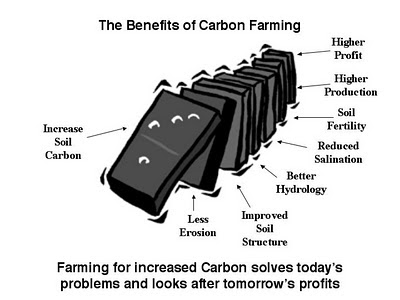 Posted by Michael Kiely at 1:06 AM No comments: