Farmers who help reduce and store pollution will receive credits that can be sold in Australia and overseas under a new Carbon Farming Initiativeto be set up by the Gillard Labor Government.

The initiative will provide new opportunities for Australian farmers and landholders to participate in lucrative international markets for carbon credits.

For the first time, the Federal Government will help facilitate the sale ofcarbon credits on domestic and international markets to ensure Australian farmers and landholders can take advantage of the opportunities available.

Tapping into these existing markets will give farmers and landholders the ability to find the best price available on the market for their carbon credits.

This initiative is fiscally responsible as the market will choose the most efficient and cost effective ways to reduce pollution and pay for it, rather than the Government picking winners and forcing taxpayers to bear the cost.

There will be no restriction on the number of credits that can be generated, with initial conservative estimates suggesting it could be worth about $500 million over ten years.

At present, there is no uniform way for farmers, forest growers or landholders to generate carbon credits and sell them into lucrative international markets.

Under the Carbon Farming Initiative, a Gillard Labor Government would legislate clear rules for the recognition of carbon credits that could then be sold on domestic or international markets.
This means farmers will know in advance exactly what they need to do to generate credits that are internationally recognised and available for trading.

A re-elected Gillard Labor Government will provide farmers, landholders and forestry growers with the tools to understand how to generate carbon credits.

As part of this, Landcare, the trusted volunteer organisation which has been working with Australian farmers for the past 21 years, will be funded to provide information on how farmers can further benefit under the initiative.

The initiative will also help link farmers, land managers and forestry operators with brokers, who could sell their credits on the domestic or international market.

This will allow farmers to keep doing what they do best, while also connecting them with those who have the monitoring and carbon retail know-how.

The Gillard Labor Government has already started work on setting outclear definitions about how credits can be created. These methodologies are expected to be rolled out from mid 2011.

Eligible methodologies that are expected to be settled in the early years of the scheme include reforestation, as well as projects that avoid or reduce emissions from:

As part of this initiative, the Gillard Labor Government will work at home and abroad to support further research on soil carbon and biochar. This will build on the $20 million Climate Change Research Program.

The $45.6 million cost of the Carbon Farming Initiative is already included in the Budget, through the Renewable Energy Future Fund.

“Australian farmers already lead the world in developing innovative ways to farm sustainably. This proposed agricultural soil carbon trading system will provide the incentive required to convert the majority of landholders to new ways of land management that extract CO2 from the air and use it to enrich the soil,” say Carbon Coalition convenor Michael Kiely.

“If all the farmers of the world join the soil carbon movement, we can slow Global Warming down for long enough to let alternative energy generation reach critical mass, according to world soil carbon experts.”

The world’s farmers manage more than 5 billion hectares of agricultural land. Even the tiniest amount of carbon absorbed into soil would amount to a significant shift in airborne CO2.

The Carbon Coalition – through its not-for-profit operational arm Carbon Farmers of Australia - has been educating farmers about soil carbon since 2006. It stages the annual Carbon Farming Conference & Expo – to be held this year in Dubbo on 27-28 October – at which leading Carbon Farmers and Soil Carbon Scientists share their insights. It also published The Carbon Farming Handbook, the only book of its kind in the world. And it conducts one- and two-day workshops called Soil Carbon 101: From Soils To Sales. Carbon Farmers of Australia is the only training organization with credentials in the field of soil carbon trading.
Posted by Michael Kiely at 8:31 AM No comments:

"I applaud all your efforts in raising public and farmer interest in soil carbon. Regardless of whether soil carbon is ever traded at an economically meaningful level, greater awareness of the sustainability and productivity benefits are a great thing. I came here from the US a few years ago where I do not think I have once seen soil carbon discussed in the media and here it is hard to pick up a newspaper without reading an article on soil carbon. 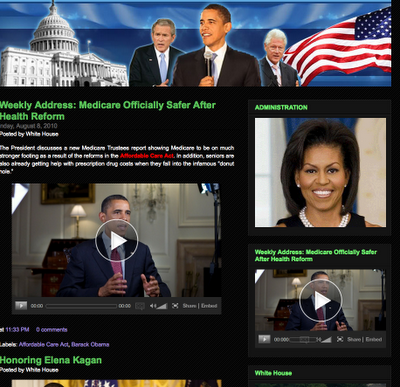 Links have been requested from a White House blog. "We visit your site regularly," writes blog administrator Jerry Thomas.
Posted by Michael Kiely at 10:44 AM No comments:

The dangers of talking down soil carbon

Could farmers sue industry executives for bad soil carbon advice? The managing director of Dairy Australia Ian Halliday is not a financial adviser, but does he take on the same responsibilities when he offers advice that will affect investment decisions of his members. Dairy Australia may not be covered by the financial services industry standards, but it is very likely to have exposure under Civil Law (Torts) which extends the duty of care beyond professional advisers*. “Negligent mis-statements” can be made by anyone who holds themself out as an expert and does not exercise a ‘reasonable’ standard of care for the accuracy of their information. Mr Halliday and all amateur commentators on the emerging soil carbon offsets market should consult their legal advisers. This includes scientists who speculate outside their field of expertise to warn farmers off the market opportunity.
The fact that Mr Halliday is new to the role and comes from outside Agriculture explains but does not excuse his blind acceptance of the arguments against soil carbon trading recited in this report. Any reasonable dairy farmer would conclude from Mr Halliday’s defence of this report (in a letter to Australian Farm Journal, August 2010) that:
1. Soil carbon must be stored for 70 to 100 years (Wrong.);
2. Australia’s soils are too dry and hot to capture carbon (Wrong.);
3. Most dairy soils are saturated with carbon; (Wrong.)
4. Farmers need to grow an impossible amount of pasture to lift soil carbon levels 1% in 5 years (Wrong.);
5. Carbon would need to be $200/tonne to deliver a better return than feeding pasture to cows; (Wrong.)
6. The cost of building carbon is too high because of all the N,P and S you have to apply to grow it; (Wrong.)
7. Soil carbon is expensive to measure, which impacts returns; (Wrong.)
8. Changes in weather, etc. could see farmers having to repurchase credits to make up their shortfall. (Wrong.)
“The basic science of soil carbon sequestration strongly indicates that dairy farmers should approach the issue of signing up for soil carbon sequestration with considerable caution,” he concludes. Your land will lose its value, he says. Then leaves the biggest falsehood till last: “The Dairy Australia review is an important piece of work for all pasture-based industries…” As proof he observes that it “has been endorsed by numerous leading soil scientists.” The only conclusion a reasonable reader could come to is to stay clear of soil carbon.
The Carbon Coalition doesn’t give advice to farmers, but we’ll make a exception in this case: Dairy farmers who decide to give soil carbon trading a miss when it comes available should make a diary note to that effect and lodge it with your solicitor or accountant. You will need to specify that you are not moving because of the negative assessment by your industry body. You might find it handy if you want to join a class action to recover lost revenue when it becomes plain that Mr Halliday was misleading – caught up in the hysteria infecting scientists recently when soil carbon is mentioned. To call the report a ‘review’ implies even-handedness, yet not one positive aspect of soil carbon trading was mentioned. This was a hatchet job. It’s lack of objectivity should shame Science. (For a complete report on the soundness or otherwise of soil carbon science, go to Good Science Or Snake Oil?)

A tone of hysteria pervades a report from Dairy Australia in which prominent soil carbon advocate Christine Jones is described as “a businesswoman with training in pasture agronomy” – she is Dr Christine Jones; her PhD is in Botany and Agronomy and she has more than 30 years experience in research. She is the founder of the Australian Soil Carbon Accreditation Scheme. This remarkable report - Soil Carbon Sequestration under Pasture in Southern Australia, Prepared for Dairy Australia Project MCK13538 - goes on to claim ‘she is not an expert in soil science’ and she has no peer reviewed publications. Both statements are incorrect. Dr Jones is declared unfit to advise governments by the report, which goes on to list the prominent scientists in the field who presumably are, one of which does not have a PhD. By listing them, the author of the document involved them in the libel. The managing director of Dairy Australia, Ian Halliday, claims in a letter to the Australian Farm Journal that the Report “has been endorsed by numerous leading soil scientists.” Which parts of the Report? The libel on Christine Jones? (For a complete report on the soundness or otherwise of soil carbon science, go to Good Science Or Snake Oil?)
Posted by Michael Kiely at 12:12 AM No comments: