The Land declared the carbon offsets market alive and breathing in a recent item by MATT CAWOOD.

HE WROTE; THE CPRS might be dead — or at least in deep freeze —but carbon trading opportunities for farmers are likely to emerge as Australia opens up a voluntary emissions trading scheme.
The Federal Government is backing the voluntary market with its National Carbon Offset Standard (NCOS), due to begin on July 1, which will establish government-endorsed benchmarks for trading in emissions credits, but without the strings of heavy government regulation. For agriculture, the most significant aspect of NCOS is that it allows emissions brokers, research agencies and other interested parties to suggest new approaches to creating tradeable emissions offsets.
Greg Combet, Minister Assisting the Minister for Climate Change, told the Voluntary Carbon Markets Association in a recent address that “given the ingenuity of stakeholders in this arena”, he expected plenty of proposals to be put on the table.
“Australian businesses, particularly farmers, will have the opportunity to develop offset credits from a range of activities that reduce emissions while providing other resource management benefits — such as the management of native vegetation and soils, and rehabilitation of rangelands,” Mr Combet told the association. 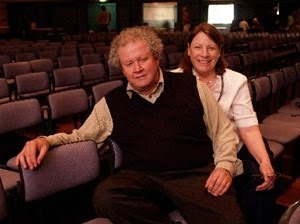 Michael Kiely of the Carbon Coalition said he was aware of several proposals for trading soil carbon due to be put before NCOS.
After talking with farmers across the country during a series of workshops, he has some of his own criteria for an effective soil carbon offset credit. “Farmers won’t consider a contract that’s any longer than five years, and if the money is inconsequential, they won’t play at all,” Mr Kiely said. He believes the success of the voluntary emissions market, and of a market for farm-derived offsets, is of some importance to the government after the political killing of its mandatory trading scheme.
“Penny Wong described the voluntary market as the mandatory market on trainer wheels,” Mr Kiely said. “The government needs this voluntary market to work as a gateway back to the CPRS, or another version of it. They are asking for the same level of scientific rigour, but without the same rules.”
Mr Combet gave this impression before the Voluntary Carbon Markets Association, where he commented that “progress on climate change cannot be taken for granted ... reform is difficult”.
“You can help to educate and inform the public about climate change and the sorts of changes we can all make to reduce our emissions. You can provide the mechanisms whereby individuals and households take action by buying a carbon neutral product."
Posted by Michael Kiely at 4:57 PM No comments:

"Australian businesses, particularly farmers, will have the opportunity to develop offset credits from a range of activities that reduce emissions while providing other natural resource management benefits - such as the management of native vegetation and soils, and rehabilitation of rangelands." Greg Combe, Minister Assisting the Minister for Climate Change and Energy Penny Wong, said this to the Voluntary Carbon Markets Association National Conference yesterday. He confirmed that we are engaged in shaping the future, not building models of the past. In the clearest statement of the inevitable yet made by the Government he said that the Government was looking for 'firms to come forward with new approaches for other domestic offsets that are not currently counted towards our Kyoto target, including soil carbon and forestry.' He then made reference to the thought leaders in our field: "Given the ingenuity of stakeholders in this arena I am sure there will be many abatement proposals put forward for consideration"
The Carbon Coalition urges all Ministers and Policy advisers involved in choosing 'experts' to oversee the launching of the voluntary market to be aware that they are designing a solution for today to address problems of tomorrow, not building a mausoleum for yesterday. And should you falter at the threshold or fold under pressure - for there are many still actively whiteanting and libelling soil carbon and its promoters - be aware that a voluntary market standard is neither compulsory nor exclusive, nor can it negate the right of free individuals to enter into commercial transactions under other standards not sanctioned by governments or interest groups. Or even no standard at all. Should you fail to provide a workable mechanism, the market will emerge of its own accord. The people want action because they feel the urgency. The sudden collapse of support for the Rudd government after scrapping the CPRS said it all. The silent, despairing majority want someone to do something.
Posted by Michael Kiely at 8:30 PM No comments:

There will be no statue erected to Ian MacDonald in the Hall of Heroes of the New Agricultural Revolution. While not celebrating his departure, the Carbon Coalition can reveal that former Minister for Primary Industries was not a supporter of farmers when it came to carbon sequestration. He dismissed soil carbon sequestration out of hand when we spoke to him, reciting as his reasons the standard Farm Institute line - can't measure it, Kyoto Rules, etc. Instead he was confidently looking forward to deep burial Carbon Capture and Storage - untried, uncosted, and potentially dangerous technology that lives only in the imagination of a dwindling number of devotees. Mr MacDonald's shrinking Department conducted the "Soil Carbon Myth Busters" propaganda tour of all states of Australia, with the CSIRO. More recently DPI researchers announced that they could find no carbon sequestered when Carbon Farming techniques, such as grazing management and pasture cropping, are applied. Here's hoping the Department can return to its former glory after this dark period is forgotten.
Posted by Michael Kiely at 9:19 AM No comments:

Is the MLA performing a hatchet job on biological fertilisers under the guise of scientific trials? Why do we ask? Because "science" has traditionally been used to discourage adoption of innovations that emerge from the grassroots and because the language used to report the project indicates that the outcome is predictable. The story starts with the blanket statement; "Australian farmers have always prided themselves on innovation but when it comes to alternative fertilisers, they're justifiably wary." Bioferts are considered dangerous by the scientists conducting the eight Producer Sites across southern Australia. Soil scientist Jeff Hirth is quoted as saying that "many farmers fall under the spell of clever marketing by alternative fertiliser products." Holbrook grazier Ian Locke - one of the participating graziers -also jumps to conclusions before the findings are in, saying, "It would be difficult to be a profitable low input production system." The MLA Research Adoption Manager Jane Weatherley felt confident enough of the outcome to make the sweeping statement: "Farmers want optimum beef production out of their land and not all the products on the market can enable that." How can you know the results of a race before the race has been run? WE predict that this project will repeat the recent Department of Industry and Investment report on pastures and soil carbon - finding that none of the alternative products will be validated by science and the reason will be found in the methodology. Products in the trials include TM21, Nutrisoil LS, CalSap, Bactivate, Prolong, RUM and single super a 123KG/HA. (Feedback, May 2010) COULD THIS be the pushback attack we have been anticipating? (Hint: The Sales Manager of one of the candidate bioferts was asked to supply one litre of product for the trial! This person revealed that the company had not been informed of the trials, nor was it consulted about application of the product. This is common practice when hatcheting. The DI&I last year failed to involve Col Seis in trials of pasture cropping in NSW, despite the fact that there are many conflicting definitions of the practice. Not only did they fail to consult the originator of the practice on the accuracy of the methodology, they sought to deny his role as originator in the final report.)
Posted by Michael Kiely at 9:20 AM No comments: