Dear Kerry: "Credible, respected" scientists once believed the SUN revolved around the EARTH

Many questions are raised by the 7.30 Report's Kerry O’Brien’s statement last night: “Credible respected scientists in the field believe that carbon sequestration in the soil is a small part - and I'll quote directly, "... a small part of Australia's greenhouse solution"? In other words, this is also a field that's very much open to debate; this is not precise science."

Q.Professor Rattan Lal believes the world's soils can sequester 3 gigatonnes of GHG/year for 50 years - the Globe emits 8 gt/yr more than it should - so soils can secure close to 40% of the world's rogue emissions. Is this a small part? Are the scientists you are quoting as credible and respected as Professor Lal?

Q. If they believe soil carbon is such an imprecise science, how can 'credible, respected scientists' in the field be so sure of themselves?

Q. On what data do these 'credible, respected scientists' base their claim? The out-of-date data from studies of conventional, carbon depleting land management practices, such as ploughing, burning stubble, overgrazing, ‘set stocking’? They have not studied the new carbon sequestering techniques called ‘Carbon Farming‘. A senior official in Penny Wong's department has admitted that there are "key gaps in the data.". Even the authors of the reports warned of the gaps in the data. The Carbon Farming practices that have not been studied include grazing management, pasture cropping, perennial cover cropping, probiotic inoculation, compost teas, etc. Most important they do not study combinations of these actiivities. Farmers using these practices have proved that they can sequester carbon 10 to 100 times faster than the conventional models.

KERRY O'BRIEN: "...the Government last year allocated $46 million to support research to reduce greenhouse pollution in agriculture including research into carbon in soils"

Q. The Government might have handed the scientific establishment $46m to study soil carbon – but do funding authorities refuse to fund the type of research needed to dispel the myths blocking the Soil Carbon Solution? Why?

Q. Why did Dr Christine Jones have to raise the funds for her soil carbon research privately? (See last week’s LandLine at http://www.abc.net.au/landline/content/2008/s2490568.htm)

Q. Why did 5 senior NSW DPI soil scientists release a paper last week calling on funding authorities to invest in the right type of research: "It is important to resolve outstanding research questions as a matter of urgency, to remove this barrier to inclusion of soil carbon in emissions trading." ? See the paper here: http://www.dpi.nsw.gov.au/research/areas/resources-research/soils-recycled-organics/scientific-outputs/2008/soil_organic

Q. Why has every bid for research funding submitted by the Carbon Coalition- even in partnership with conventional scientists – been unsuccessful (since 2006)?

Q. Why is the body established by the Government to coordinate all research in climate change agriculture unable to tell us who is working on what research projects - ie. if any useful work is being done with the $46m? The National Climate Change Research Strategy for Primary Industries, operated by Land & Water Australia, says it has no information.

Q. How can Minister Burke and the Prime Minister know they are getting the research they expected would be done?

The world’s most eminent soil carbon scientist Prof. Rattan Lal says“Carbon sequestration in soil and vegetation is a bridge to the future. It buys us time while alternatives to fossil fuels take effect.” 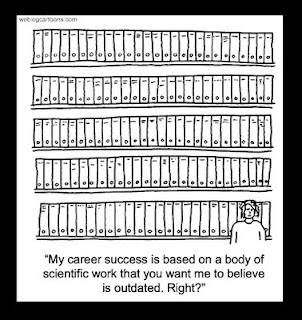 Professor Rattan Lal received a prestigious World Congress of Soil Science award, an honor bestowed upon recipients once every four years in conjunction with the World Congress of Soil Science conference.
Rattan Lal, director of Ohio State's Carbon Management and Sequestration Center and a professor with the School of Environment and Natural Resources, is the recipient of the 2006 Liebig Applied Soil Science Award. Named in memory of German scientist Justus von Liebig -- known as the “father of the fertilizer industry” -- the award recognizes outstanding contributions in applied soil science research, resulting in new discoveries, techniques, inventions or materials.
Lal has spent 18 years of his service with Ohio State's Ohio Agricultural Research and Development Center (OARDC) studying carbon sequestration -- the technique of storing carbon in the soil -- and its influence on soils throughout the world. Other areas of research include soil processes and atmospheric greenhouse effects, sustainable management of soil and water resources, restoration and rehabilitation of degraded soils, agro-forestry, tropical agriculture and agricultural development in the Third World.
Posted by Michael Kiely at 10:32 AM