In defence of CMAs on Additionality

In defence of CMAs, their Additionality predicament is easy to see. Soil carbon came out of left field, catching many off guard. Some dismissed it can 'a silver bullet' and suspicion was so high one CMA struck the term 'soil carbon' from its communications. The targets set for CMAs could be easily achieved were the soil carbon solution unleashed. So, without realising that the Additionality Principle existed (and convinced by the campaign to talk down the prospect of soil carbon offsets that they would never eventuate), various programs were run to engage farmers in soil carbon sequestration. 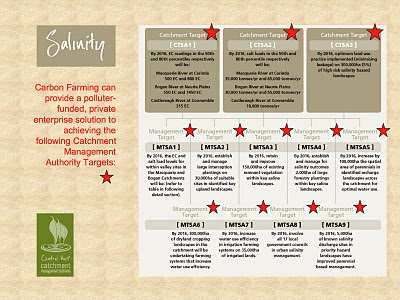 There could be no intention to harm the interests of farmers. But those defining the parameters of the National Carbon Offset Standard should be aware of the Additionality Dilemma and weigh the consequences of a strict Kyoto interpretation. The flexibility built into the Prime Carbon soil carbon unit - based on the now proven theory of in-soil photosynthesis - offers farmers who have already made a shift to carbon farming an easy way to achieve Additionality.. 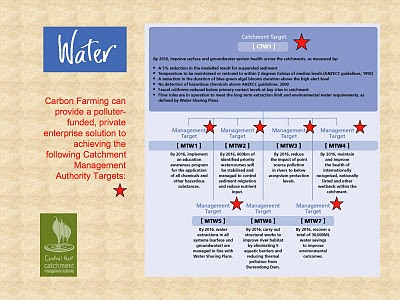 Government aqencies should make submissions to the Domestic Offset Integrity Committee to rectify the injustice of punishing early movers by reinterpreting the ADDITIONALITY PRINCIPLE. 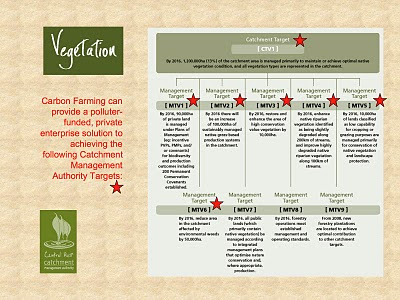 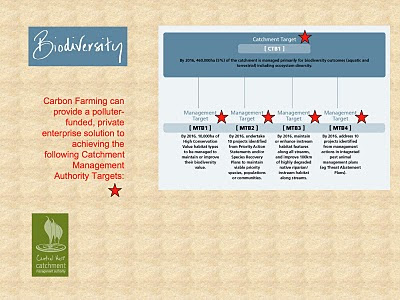 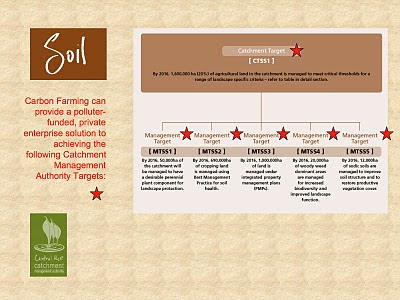 The stars indicate CMA Targets that could be achieved with a market-based solution.
Posted by Michael Kiely at 1:16 PM