MESSAGE OF SUPPORT FROM UN FAO 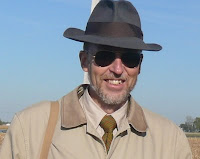 MESSAGE OF SUPPORT FROM
THE UNITED NATIONS FOOD & AGRICULTURAL ORGANISATION

FAO’s first and still valid mandate is to fight the hunger in the world and to achieve food security for all. In order to achieve this, agriculture has to be not only productive, but also sustainable, respecting the natural resource base and the environment. In recognition of the fact that agricultural production must be in harmony and not in opposition with environmental integrity, FAO is defining a new programme called sustainable production intensification.
A major component of this programme is the recognition of the mutual relationship between agricultural production and climate and the effects of climate change. Agriculture is directly affected by climate change but it has also a huge potential to mitigate climate change. Besides reducing GHG emissions, agriculture can restore in the soils significant amounts of carbon from the atmosphere. Farming practices and systems, such as conservation agriculture, have been developed, which allow such carbon sequestration in soils without sacrificing agricultural production or having negative repercussions on other ecosystem services. In a recent Conservation Agriculture Carbon Offset consultation a clear agreement could be reached that agriculture can in this way significantly contribute to climate change mitigation, while at the same time fulfill its role to produce food, fibre and other required products and to provide important ecosystem services.
With this in mind, the farmer can “produce” besides the traditional agricultural products also carbon, stored in the soils as a service to mankind, which hopefully will also get an adequate recognition and payment as other products and services. FAO is promoting concepts like conservation agriculture in all world regions through awareness raising activities, conferences and through demonstration projects in the field. FAO is convinced that with such practices agriculture will be able to feed the world in a sustainable way and welcome initiatives, such as the Carbon Farming Conference in Australia, which support this cause.
Posted by Michael Kiely at 7:49 AM