We enter awards and stand for parliament in order to raise the profile of soil carbon.

Louisa was runner-up in the NSW RIRDC Rural Women’s Award 2008. The winner was Tracey Knowland, a businesswoman from Brooklet near Byron Bay. Here's how the organisers presented the two finalists:

Tracey Knowland, a businesswoman from Brooklet 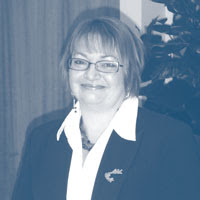 Tracey, along with her husband Stuart, owns and operates Bangalow Wholesale Nursery at Bangalow in the Byron Bay hinterland. Tracey’s business specialises in trialling and developing superior selections of small to medium Australian temperate/subtropical rainforest trees and coastal tolerant trees. Her target markets include the landscape and development industry. Tracey proposes to use the bursary to fund her participation in the 2008 National Nursery & Garden Industry Association National Conference in Adelaide in March, followed by a study tour of Victoria's largest wholesale production nurseries to look at sustainable growing methods. Tracey also hopes to build on a water recycling project as part of their nursery business, and share her experiences with other women in rural and urban-based businesses. 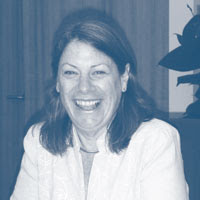 Louisa and her husband Michael own and operate a superfine wool enterprise at Goolma in central western NSW. Her focus for the past two years has been on climate change and sustainable farming. She has coordinated a number of workshops and summits, bringing together scientists and farmers to share information about carbon farming. Louisa’s award project involves building and launching SoilCCentral.com – a website devoted to research and knowledge of carbon soil sequestration, including ideas and farming techniques to increase carbon in soils. She hopes to use her project to highlight the benefits of increasing carbon in our agricultural soils to help save family farms and the environment at large.

And this is how ABC RADIO's Country Hour reported the event:

Last night at a gala ceremony in Sydney, Bangalow Nursery manager Tracey Knowland was named NSW rural woman of the year, by the Minister for Primary Industries Ian Macdonald.

"Tracey's business focuses on innovative advanced tree production and and is looking to develop a thriving export business as well as keeping a sense of the environmental issues involved with tree planting and production.

"The environment also plays a big part in the success of the runner up for the award Louisa Kiely from Goolma who is a strong advocate for carbon farming and the implications of climate change."


THIS WAS LOUISA'S APPLICATION:

[Mobilise the Soils, Save the Planet, Save the Family Farm]

*My husband Michael is Co-Convenor. He does all the website communications and public relations. We often share the podium or present alone. Michael’s solo lobbying or presentation work is not listed here.

• Restore Australia’s heavily depleted agricultural soils to health and productivity.
• Restore the financial security of farm families by giving them access to what will soon be the largest commodity market in the world.
• Restore local economies and rural communities.
• Restore the balance of CO2 in the atmosphere and help avert the worst effects of Climate Change.

A PERSONAL MISSION: My specific focus for the past 2 years has been Climate Change and Sustainable Farming. When I entered agriculture as a woolgrower 10 years ago, I studied sustainable farming practices as part of the Advanced Diploma of Farm Management at the University of Sydney (Orange) and my husband and son joined me in learning the Holistic Management approach to grazing management. I experimented with various techniques of rebuilding the depleted soils on our ‘renovator’s dream’ property “Uamby”, which has been farmed hard for 182 years.

To get litter on the ground and encourage soil biological processes that make healthy soil, we tired mulching bare earth, mulching rank grass and thistles, spreading manure, spreading treated human biosolids, spreading worm juice, spreading seaweed, and other experiments. We proved that you can grow new topsoil quickly with effort.

But the breakthrough for me was attending one of the first Carbon Forum staged by Dr Christine Jones in Armidale. We were selected as among the 10 most innovative farm families in the Catchment by the Central West Catchment Management Authority, and trained for 20 days in a range of skills to do with innovative farm planning. We that soil carbon was the key performance indicator of progress towards soil health, reduced salination, water management, biodiversity, reduced erosion… and climate change mitigation. In fact, we concluded that the world’s agricultural soils could be the only solution to the Global Warming Crisis.

The UN, NASA, and our own Australian Greenhouse Office agree: there is already enough CO2 in the atmosphere to push the globe through the 2°C increase that will cause climate chaos. The only way to remove it is Photosynthesis. Plants and Trees. No other popular solution can do it – clean coal, nuclear power, solar and wind power, these can only avoid future emissions. And Forests, even if we planted enough today, cannot reach critical mass in less than 15-20 years. The Stern Report said we have 10 years in which to act, and NASA agrees. The only solution is agricultural soils. They already have critical mass and can start sequestering carbon instantly on a large scale.

A slight increase in soil carbon across Australia’s agricultural regions can sequester more than half our greenhouse gas emissions.

EVIDENCE: A 0.1% increase in organic carbon across only 10% of Australia’s agricultural lands would sequester 387 million tonnes CO2. Australia’s emissions are projected to reach 603 million tonnes annually over 2008–12. (Soil C in the top 20 cm of soil with a bulk density of 1.2 g/cm3 represents a 2.4 t/ha increase in soil OC which equates to 8.8 t/ha of CO2 sequestered. - Dr Christine Jones)

OPPORTUNITY: Soil carbon credits could underwrite the income of many farm families and enable them to offset their emissions from methane and other greenhouse gases. Australia’s soils are badly in need of restoration. We have lost 50% of our topsoil in 200 years and 80% of the soil organic carbon. There is great potential for reversing these trends.

CALCULATIONS: The Department of Environment and Climate Change, and the Central West Catchment Management Authority estimated that the soils in the Catchment can capture 183 million tonnes of Carbon by 2020 if farmers switch to “advanced farming practices”. The shift would result in a doubling of the soil carbon contained in paddocks.

POTENTIAL: The Carbon Coalition has been the only organization to focus consistently on promoting this opportunity. It has lobbied all levels of government and raised awareness of the opportunity with government officials and scientists. The Commonwealth Government has the power to allow landholders access to the carbon market on equal terms.

Through our lobbying efforts, the NFF, NSW Farmers, the NSW National Party and the ALP (Federal Opposition) have endorsed the soil carbon trading concept. Others we have influenced include Australian of the Year, Dr Tim Flannery, NSW Commissioner for Natural Resources Dr John Williams, and Professor Rattan Lal, the world’s foremost soil scientist and leader of the Intergovernmental Panel on Climate Change soils delegation from the USA to the UN.

LATEST PROJECT: We are organizing the world’s first CARBON FARMING EXPO & CONFERENCE on 16th-17th November, 2007 in Mudgee NSW. Professor Lal described it as “an historical event of international importance.” The Kiely family is underwriting the conference.

HOW $10,000 WOULD BE INVESTED:
We hope to launch “SoilCCentral.com”, website devoted to all known research and knowledge of Soil Carbon sequestration, including ideas and farming techniques to increase Carbon in soils. It will have links to every resource available online and be useful for scientists, primary producers, and policy makers. Once we have achieved our objective, it would be transformed into a resource to support farmers trading soil and other forms of carbon.

This role has given me for, the first time in my career, the authority to shape policy and direction. The Coalition is a leadership body – leading the campaign for property rights to the carbon a farmer grows in their soil.

The tool we have at our disposal are basically two:

Soil C Central will provide us with both, but at a higher level than to date.

The website by its nature will be a vehicle for sharing knowledge and opportunities.

This knowledge will also be delivered through my public speaking activities.

As a landholder and woolgrower, I am concerned about the health of the land I have in my care.

As a grandmother and mother, I am concerned about the world I will leave to my children and their children.

As a human being, I am afraid for the future of our community and nation as we enter a new era of uncertainty and insecurity.

The 2008 RIRDC Rural Women’s Award would be a significant contribution to our morale and resources. But the recognition alone would be worth more than the money in helping to promote our work and the outcomes we seek.


Louisa Kiely
Posted by Michael Kiely at 10:34 AM