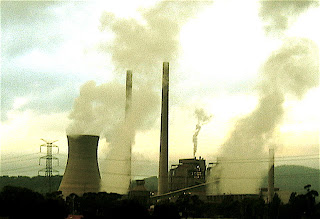 The US Government has scrapped the most advance “clean coal” project after pouring US$2billion into it. The project would have built the first pilot clean coal power plant with carbon sequestration. The Energy Department is officially shelving the FutureGen Alliance project that the Bush administration had supported for five years.

The Bush Administration rested all its hopes on ‘clean coal’ and so diverted vast amounts of funding earmarked for soil carbon sequestering research.

FutureGen is one of the most advanced projects for determining whether emissions of carbon dioxide, a greenhouse gas, can be captured from coal-fired plants and stored underground. Carbon sequestration is considered essential to meeting targets for US greenhouse gas emissions.

What has the world got if they can’t rely on a ‘technology’ fix.. like ‘clean coal’?

Solar, wind, nuclear, trees, char, thermal… Nothing can be deployed in time.

Only soils. 5.5 billion hectares of it stands ready to serve the cause of mitigation.

The world has a choice.