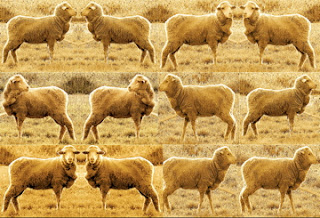 The average Australian farmer could get a bill of $67,000 every year for methane and other emissions, but won’t be able to pay for it with the carbon they grow in their soils, says the Carbon Coalition.

A Greenhouse Office calculator case study* for a mixed farming operation on 2200ha has the total annual emissions liability of 2687t/CO2e, which would cost $67,000 to “offset” by buying carbon credits at $25/tonne.

“While the farmer in the example earns carbon credits for 100ha of trees, there is no allowance on the calculator for carbon stored in the soil, which could be worth more than the total emissions,” says Coalition Convenor Michael Kiely. “That tonnage of CO2e can be captured in only 732 tonnes of soil carbon†, or 0.33tonnes C/ha/year. That is not a big ask with ‘Carbon Farming’ techniques.”

“In fact, a NSW Forests calculator of soil carbon sequestration reveals that our farmer could capture twice the amount of carbon needed per hectare to ‘pay’ for the methane and other emissions,” he says.

The Carbon Coalition recommended to the Garnaut Climate Change Review for Agriculture to be involved in an emissions trading scheme. ‘But only a scheme which allowed landholders to offset their emissions with the soil carbon they can capture and store. We are willing to go into the market ‘eyes wide open’, aware of our liabilities and equally confident of our assets,” says Michael Kiely.

The Coalition’s submission (online at http//soilcarbongarnaut.blogspot.com) is critical of the way soil carbon science has been managed. “There are huge gaps in the data sets and, on the basis of inadequate data, the myth that Australian soils are too old and degraded to sequester much carbon,” says Michael Kiely.

“The irony is that everyone who makes that statement reveals their ignorance of basic soil science. Age has nothing to do with it and what has been lost can be restored. I would advise those ‘policy’ people and ‘researchers’ who make these statements to stop embarrassing themselves.”

“There is not one piece of scientific evidence to prove the claim that Australian soils do not have the potential to sequester significant amounts of soil C. On the contrary, we have evidence that Australian soils do have that potential. The CSIRO has said this. The NSW DPI has said this. Yet there are still some who ignorantly parrot old slogans.”

The Coalition’s submission demolishes the many “difficulties” that soil carbon sceptics say make soil C a non-starter for trading:

1. Too many small sources and sinks: “The aggregation of growers is an everyday reality in commodity marketing. Marketing Boards, Grain Desks, and Producer Groups are well understood by growers. Woolgrowers are setting up “demand chains” or “supply chain solution for retailers”. EMS systems make aggregation easy.”

2. Difficult to measure: “Poppycock. It’s easy to measure. The problem is ‘flux’ – the amount moves around. Highly respected soil scientists such as John Kimble and Rattan Lal have urged their colleagues to stop being so precious. Flux has statistical properties and can be averaged for accurate real world estimation.”

3. Cost of measurement and monitoring: “Amortise the cost over 130,000 landholders - bulk buy the service - and the price will be realistic. Set it against $25 or $50 or $100 a tonne CO2e and the cost is trivial. Those amounts will be possible when the 3 biggest emitters USA, China and India, enter the market to buy offsets.”

4. 100 Year Rule: “It can’t apply to soil which can do the job for 30 years while all the other solutions grow to critical mass. It’s either soil C or climate chaos. Soil is the only short to medium term solution. Kyoto did not anticipate it and the IPCC has it in its power to change the rules.”

5. Permanence: “You might be 65% water today and 65% water tomorrow, but it is different water. It ‘fluxes’. We don’t care which carbon atom was held. It’s the steady increase in the total amount of soil C that counts.”

6. Initial costs high: “The cost of a soil carbon solution should be seen in context of the billions Australian Governments have spent trying to get Australian landholders to “care” and change their paradigm of relationship with the land. A system that rewards landholders for increasing Soil C will achieve so many Natural Resource Management objectives.”

7. Trade exposed industries: “What appears as a disadvantage can be turned into a competitive advantage by turning a necessity into a virtue: ie., building a brand that exploits the producer’s emissions reduction. The ‘concerned Climate Change consumer’ has already emerged in Europe and British retailers are requesting ‘carbon neutral’ wool from Australian wool buyers.”

“All the things the sceptics call ‘difficulties’ with soil C are simply barriers they put in front of us. They make no attempt to solve these ‘difficulties’; they just parrot them as though saying it will make it real,” says Mr Kiely.


[*“Sheep Greenhouse Accounting Framework” and **“Carbon Sequestration Predictor for selected land use change in inland areas of NSW Version 2.0” can be found at http://ww.greenhouse.crc.org.au/tools/calculators/]

†Convert Carbon to CO2e by multiplying by 3.67
Posted by Michael Kiely at 3:56 PM