Special Guests of the Carbon Farmers of Australia are individuals whose work has championed the positive role primary producers can play in restoring farmland ecologies to health. Agriculture is mankind's greatest interface with nature. Rather than abandon this relationship, these champions place the landholder in the driver's seat for regenerating Australia's natural resource base.

CHRISTINE JONES has risked all in the cause of soil carbon. She inspired the formation of the Carbon Coalition Against Global Warming and has in train the most comprehensiive soil carbon trials across Australia, under the banner of the Australian Soil Carbon Accreditation Scheme. 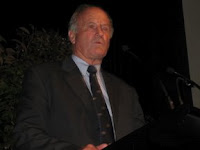 PETER ANDREWS also sacrificed all for his vision of a restored landscape based on managed hydrology, now known as Natural Sequence Farming. 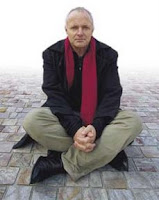 MICHAEL MOBBS, who wrote Sustainable House, is an environmental lawyer who promotes the concept of carbon farming and importance of the relationship between city and country, based on sustainable living.
Posted by Michael Kiely at 1:46 PM