Someone has to pay the Greenhouse bill 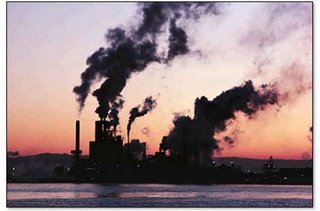 The attack on the Australian States's proposed Greenhouse Gas Abatement Scheme by the federal government and some industry groups ignores one critical fact: someone will have to pay for global warming. The Australian Financial Review - the voice of Australian business - disagrees with the attacks on greenhouse trading: "An international trade in emission rights (and other environmental services) is the way of the future... Australia, with its comparative advantage in the production of fossil fuels, has a very strong interest in the adoption by the global community of rational, market-based greenhouse strategies." And writing in BRW, Professor Paul Kerin, who teaches strategy at Melbourne Business School, said recently, "Howard says that, as Australia is (just) on track to meet its target, there is no need for market mechanisms. He is wrong: a market would ensure Australia meets its target at least cost, and would provide information to help decide whether we should overshoot our generous target. By comparison, the EU is already 5.5% below its 1990 emission level... Howard's claim that market trading would cost jobs by raising energy costs is also nonsense. The emission trading price is just a transfer between two emissions generators - overall, the industry's net cost is unchanged. High-cost polluters pay more (as they should) but low-cost players gain by reducing emissions and selling allowances.
"The Federal Government should join the states and territories to start a national carbon dioxide emissions market. The low trading prices that are likely to emerge, given our current overly generous emissions target, should persuade the Government to set a much lower emissions target, and then stand back and let market participants work out how to achieve it."
Posted by Michael Kiely at 8:49 AM