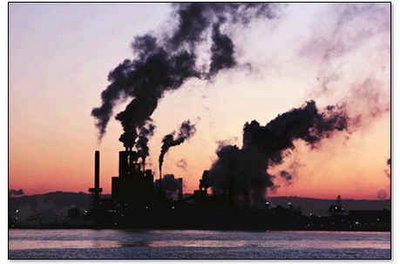 America's alternative to the Kyoto Protocol, the Asia Pacific Climate Partnership (AP6), recently took a hit when the Bush Administration's request for funding to kick it off was rejected by the House of Representatives. Both Republicans and Democrats in Congress support more substantial measures to reduce greenhouse emissions along the lines of the Kyoto Protocol.
AP6 rejects mandatory cap and trade regimes, believing there is time to develop technology solutions to the climate crisis. President Bush promised $250m to fund AP6. But Congress holds the purse strings, and the House Appropriations Committee rejected it. This defeat marks the third time the Bush administration attempted and failed to obtain funding for its climate plan.
The Partnership - whose members include non-Kyoto countries America and Australia, plus signatories China, India, Japan and South Korea - rejects emission reduction targets. The US and Australia are the only members to commit funds so far.
Posted by Michael Kiely at 3:14 PM