Christine Jones update: is Roth C up to it?

Dr Christine Jones recently questioned the value of conventional soil carbon measurement models such as Roth C, the model of choice of Australian soil science. Conventional models are useful for describing soil carbon loss, but they are inadequate for determining soil carbon gain. They don’t take into account humification of root exudates or contributions from mycorrhizal fungi. ‘Sequestration rates under regenerative agricultural regimes may be quite a bit higher than estimated by current models,’ she says in a recent CSIRO magazine article (ECOS). She reports on progress with her Australian Soil Carbon Accreditation Scheme (ASCAS). ASCAS is the culmination of her 10-year crusade to raise soil carbon to its rightful place in agriculture. She hopes to demonstrate through farm trials that increases in soil carbon can be achieved quickly when biological farming techniques are combined with deep-rooted perennial pastures and annual crops. “Through photosynthesis plants convert CO2 to sugars to power growth, releasing oxygen into the atmosphere. The activities of symbiotic bacteria and fungi, associated with roots and fed by the sugars, enable the exuded carbon to be combined with soil minerals and made into stable humus which locks the carbon away,” says ECOS. ‘This can’t happen where farm chemicals kill the essential soil microbes,’ says Dr Jones. ‘When chemical use is added to intensive cultivation, which exposes and oxidises the humus already in soil, it is easy to see why soil has become a huge net source rather than a net “sink” for atmospheric CO2 under current farming practices.’ 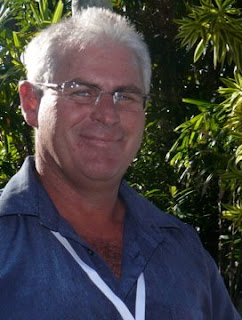 Tim Wiley, Development Officer with Western Australia’s Department of Agriculture and Food, says: ‘The trend is clear – perennial pastures sequester 5 to 10 tonnes of CO2 per hectare annually.’ But he says there are data deficiencies: ‘We don’t know enough about carbon under different farming systems. We have data from farmer samplingbefore and after perennials were plantedand over-the-fence comparisons, but it is not rigorous enough. To trade carbon we need a working model such as Roth C for estimating changes in carbon. The model results would be verified by occasional soil sampling of farmers’ paddocks. Roth C needs to be validated with data from long-term trials in the regions that accurately measure carbon.’ Results from the first 12 months of ASCAS field trials will be known later this year. ‘One of the broadacre cropping properties north-east of Clermont in Queensland that is participating in the ASCAS project has more than three times the amount of carbon in the farmed soil than there is under the surrounding native vegetation (149 tonnes of carbon/ha under native vegetation versus 516 tonnes of carbon/ha under the crop). As a result, the wheat crop yielded 4 tonnes per hectare of grain with 13.5 per cent protein this year – well above the district average. The afrmer used no-till and microbial stimulants. ECOS reports: “Under the Australian Soil Carbon Accreditation Scheme, participating farmers will receive Soil Carbon Incentive Payments (SCIPS) calculated at one-hundredth the 100-year rate ($25 per tonne CO2 sequestered). The incentive payments made to farmers are a private donation from Rhonda Willson, Executive Chairman, John While Springs (S) Pte Ltd and Director, Gilgai Australia. Receipt of Soil Carbon Incentive Payments will be similar to being paid ‘on delivery’ for livestock or grain…” Rio Tinto Coal Australia is currently funding research into soil carbon’s potential for a future carbon trading scheme under ASCAS. Incitec Pivot Ltd is also supporting the Queensland field trials. The ECOS article was written by James Porteous and Frank Smith.
Posted by Michael Kiely at 10:50 AM