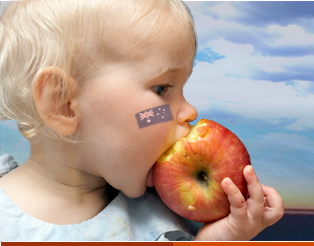 The Carbon Coalition has been invited to provide a candidate to stand as part of the Climate Change Coalition (CCC) in the next election for the NSW Legislative Council. Convenor Michael Kiely says he agreed to stand in the coalition of independents solely to give soil carbon credits a platform for greater awareness in the community and in government circles. For instance, in its press release headed "10 things the NSW Government can do now", number 10 is "Promote the sequestering of carbon in soil and foster a start up industry for the rural sector"

YOU CAN HELP:
Members of the Carbon Coalition can help us by registering to hand out 'how to vote' forms at their local polling booth for part of the day on 24th March, the election day.


The following is an introduction to the CCC:

We've formed the Climate Change Coalition to accelerate action by politicians from all parties on the most urgent and important issue in human history.

While the Coalition is not itself a political party it supports many Independent candidates who are committed to its platform.

Climate change is no abstract scientific or environmental issue. It impacts on every part of our daily lives. It is personal, local, national and global.

The time for denial is over. The political posturing and games must end. We must unite to ensure urgent action so that our children and grandchildren can have a sustainable future.

While we might be divided by ideology, religion, geography, history, class or self interest, we must come together to ensure the survival of our planet.

It is vital that the Climate Change Coalition’s values be represented in the New South Wales Parliament. All legislation needs to be assessed and scrutinized to evaluate its impact on climate change.

Members of Parliament who support the Climate Change Coalition are committed to asking two key questions about each piece of legislation that comes into the New South Wales Parliament. Does the proposed law address climate change? How can it be amended to make it better?

We recognise that there are MP's on all sides of NSW's politics intent on doing the right thing. They are often prevented from speaking out by party policy or pressure groups. We will work with them to get a freer debate - to produce the dynamics of the "conscience vote" across the legislative spectrum.

Further, the Climate Change Coalition will work with any group, organization, or individual to form alliances and encourage political creativity. There is no guide book to what must be done. There is no precendent for this crisis. It requires entirely new scientific, communal and political approaches.

Whatever our differences on other issues, whether we're left wing or right wing or middle of the road, is irrelevent. We must work together. Now.

Patrice Newell
Posted by Michael Kiely at 10:17 AM