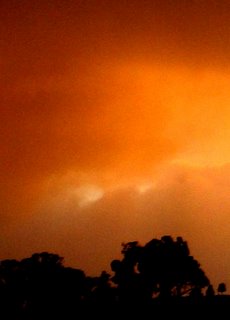 The opposition of President Bush to carbon trading is what bolsters John Howard's staunch opposition and denies Australian farmers access to revenue streams from trading carbon stored in agricultural soils. Cracks are appearing in the President's defences. Companies, consumers, even the Religious Right that has the President's ear, are calling for action. The head of the American Public Power Association says federal regulation of greenhouse gases is inevitable. Alan Richardson, president and CEO of the group, whose members supply 15% of America's power says there is "an emerging public consensus and a building political directive that inaction is not a viable strategy." US industry groups have fought any effort to limit gases linked to global warming, warning of dire consequences for the U.S. economy, but growing public anxiety and major corporations lobbying for Congress to regulate emissions are changing the story, reports the Los Angeles Chronicle.
The Bush administration is holding out against new limits on carbon dioxide. Legislation is gaining ground in Congress with members of both parties. States are moving forward with climate-change regulations. Two leading presidential candidates for 2008 -- Republican Sen. John McCain of Arizona and Democratic Sen. Hillary Clinton of New York -- support regulation.
Six leading energy companies went on record supporting mandatory limits on emissions in April, when the Senate called America's top energy companies to testify about new legislation to regulate emissions.The world's largest retailer, Wal-Mart, voiced its support for new limits on greenhouse gases.
Conservative Christian broadcaster Pat Robertson said recently temperatures across the United States had converted him into a believer in global warming which put him at odds with President Bush, who has benefited politically from Robertson's backing. "We really need to address the burning of fossil fuels," Robertson said. "It is getting hotter, and the icecaps are melting and there is a buildup of carbon dioxide in the air," Reuters reports. It is a dramatic shift for Robertson who last year accused the National Association of Evangelicals of getting into bed with "far left environmentalists" for saying global warming was caused by humans and needed to be mitigated. He also said natural disasters might be signs that the biblical apocalypse was nearing.
Bush, also an evangelical Christian, pulled out of the international Kyoto Protocol in 2001 saying it would hurt the economy.
Posted by Michael Kiely at 8:33 AM